Crocodile Bay Resort, opened in 1999, and boasts an abundance of fishing and other exciting activities for guests in Costa Rica.

If Eco-adventure, luxury spas, and world class fishing are what you are looking for, then a vacation at the Crocodile Bay Resort Costa Rica is what you will wish to experience.

Crocodile Bay Resort is a four star hotel located on 44 acres of lush tropical gardens in Puerto Jimenez on Costa Rica’s South Pacific Coast along the Osa Peninsula. The “Osa” has been described by National Geographic as “The most ecologically intense place on earth.” 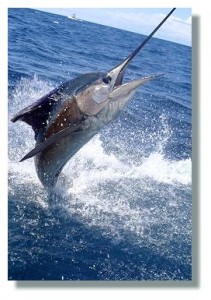 The resort has 40 spacious, air-conditioned rooms, uniquely decorated with the local “Tico” flavor, including hand carved wood work. Each room contains two queen size beds and a private deck. All rooms have hot water with a full shower/bath. Many rooms contain private Jacuzzi baths. There is a swimming pool, hot tub and a 5,000 square foot luxury spa. A two minute walk will take you to the resort’s private 850 foot pier, where their 40 inshore and off shore boats are docked.

Crocodile Bay Resort Costa Rica has it’s own restaurant with a chef that provides guests with the finest blend of local and American cuisine. Each day, a variety of dishes are prepared including fresh fish, chicken or beef. The well stocked bar provides guest with local beers and national drinks as part of their package price. 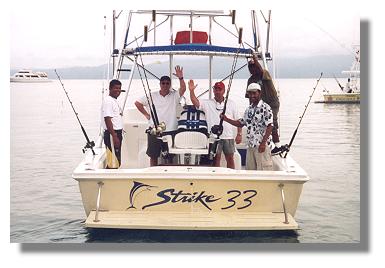 It is the dance of the sailfish and the lightning speed of the marlin that attract most anglers to the Osa Peninsula. It is not uncommon to raise more than 20 bill fish in a day’s fishing. Most dorado coming to the dock have been over 30 lbs with Tuna always plentiful.

You can likely catch a bill fish any day of the year. January through April are the top months for marlin and sailfish along this region of the southern coast. There is also a good showing of marlin in August and November. While months during and just after the rains produce more dorado, as the debris washed out of the rivers forms the inshore trash lines they feed under. Football-size tuna are almost always present, and sometimes those that top out at 300 pounds.

Anglers trolling in the blue water are often treated to pleasant surprises. Humpback and pilot whales blow geysers high in the air. Sea turtles sun on the surface. Manta rays free-jump and belly-flop with a loud slap on the water. The most awesome sight, though, is the sight of a pod of killer whales migrating along the coast. 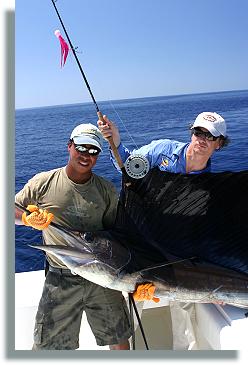 Inshore fishing is consistent all year. Roosterfish and cubera snapper are the main attraction, but the waters along the beaches and the Golfo Dulce add to the menu. Snook roam the beaches as well as the rivers. A dozen other types of snapper, grouper, amberjack, bluefin trevally, sharks and barracuda cruise the reefs.

Giant schools of bonito bust bait in the gulf, great game for a fly rodder. What makes the fishing unique in this area is the Golfo Dulce itself. On the mainland side of the gulf, the mountains seem to melt into the emerald water. The volcanic structure continues underwater creating habitat and feeding grounds for the finned residents.

The Rio Esquinas enters the northwest corner of the gulf in a massive estuary system of creeks and mangroves. The drop off at the river mouth quickly falls to more than 200 feet in depth, creating an ambush point for roosterfish, jack crevalle, snook and snapper. A local fisherman took a 63 pound black snook on a hand line several years back that would have crushed the current world record for conventional tackle.

Rio Coto at Zancudo is also famous for its snook. Large schools of herring congregate on the flats in front of the river. With it, schools of sierra mackerel,

jacks and other game fish. The Zancudo beach has an inshore corbina population and gets rocky again as it turns the corner to Pavones, where roosterfish and surfers share the famous left break. The Puerto Jimenez side of the gulf is made up mostly of mangrove shoreline.

Two volcanic reefs lay in the shallows offshore. One is nearly a mile long. Small cubera snappers in the 5 to 10 pound range jump all over a top water plug worked over the rocks. Roosterfish to fifty pounds patrol these same mirrored waters, though they prefer a frisky live bait. Matapalo Rock at the mouth of the gulf acts as a reference point for the blue water angler. “So many degrees” and “so many miles” off the rock is the common terminology used when talking about locating fish. The rock also has been described as an “underwater Jurassic Park.” It produces snapper so big you could never turn them on conventional tackle. Large schools of amberjack, massive goliath grouper, and sharks call it home. On rare occasions, anglers trying for roosterfish are surprised when a mako shark takes to the air after swallowing a bait.

Leisure Time Travel: Your best and most knowledgeable choice for fishing the Caribbean. 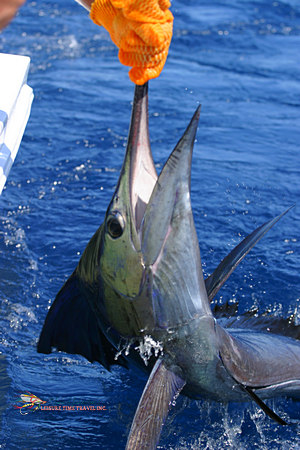 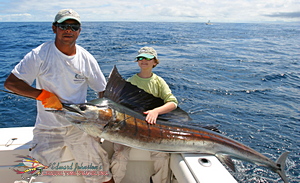 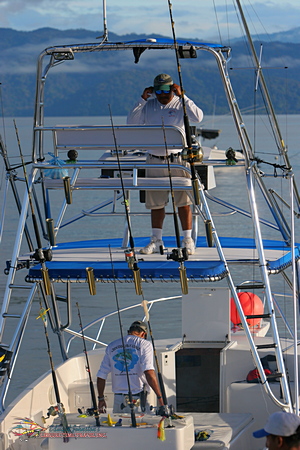 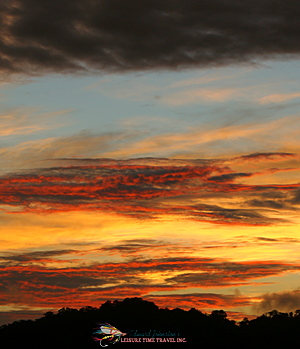 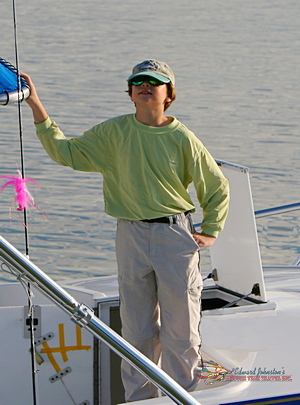 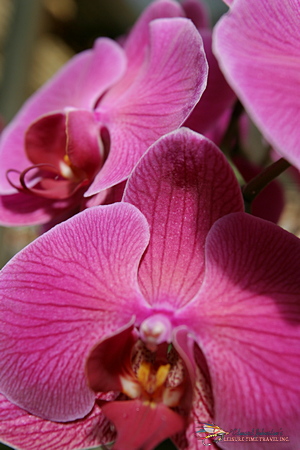