If you are interested in fishing the Yucatan Peninsula, you are visiting the right place. Below you will find information which may help you decide the best fishing time for Yucatan Fishing. There are two distinct fisheries in the Yucatan. With the exception of Isla Blanca, the northern Yucatan, where Isla del Sabalo Lodge, Tarpon Cay Lodge and Campeche Tarpon Lodge are found, is primarily tarpon country. The southern Yucatan, where Ascension Bay and Espiritu Santo Bay are located, is more varied with greater opportunities for bonefish, permit and snook. 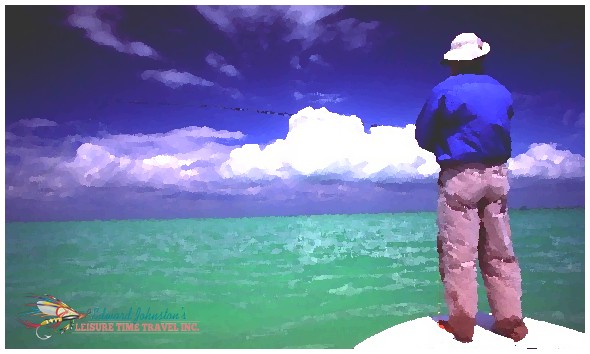 The northern tarpon fishery is best from May through August and sometimes into September. However, there is a good juvenile tarpon fishery from Campeche  to Tarpon Cay to Isla Blanca year-round.

Your reporter, Edward Johnston, has caught more than 100 Ascension and Espiritu Santo Bay permit with a fly rod, primarily while fishing at Casa Blanca Lodge  and Playa Blanca Lodge . There is a good reason why, both Ascension Bay and Espiritu Santo Bays have some of the finest saltwater flats’ fisheries in the world. Both Bays have a rare combination of environmental ingredients which create the ideal foundations for an abundance of wildlife.

January is usually calm, although cold fronts are normal this time of year. All you need is one good warm day and the fish will come back up on the flats. One of the best times for catching Cudas.

Although February, March, and early April can be windy, those months are prime time for permit. I caught a 42″ permit here in March 1991 which would have easily broke a world record. I released it! Your greatest chance to catch a permit is at Ascension or Espiritu Santo Bay.

Early April is usually blustery, but prime time for permit. The migratory tarpon start arriving. May is normally very calm and warm. Probably the two best months of the year in terms of the overall fishery.

Late May and June are usually balmy. Rain season historically begins in June which helps cool things down a bit. Overall fishery is good. My son caught (and released) a 35 pound permit on a trip in June 2003.

During a trip in May of 1994, I personally jumped 31 tarpon. Most of the fish were over forty pounds and they ranged up to one hundred pounds. It was totally awesome, pure carnage at times. I shattered (demolished) two undersized fly rods. I also managed to catch seven permit and got five grand slams that week. Tarpon are here year-round. Although tarpon are not as plentiful as they are just south in Belize, you can find them in large numbers from May through August. The only problem is that most of the lodges close for the summer in June, with the exception of Pesca Maya Lodge.

Hurricane season starts in June and ends in November. Peak hurricane months are August, September, and October. This is a great time to fish, but it is wise to purchase trip insurance! During the first week of November 1997, our group of anglers “Team Homosassa,” caught 30 permit in a single week despite the fact that we lost the first three days of fishing to a tropical storm.

You will find bonefish here year-round. In windy months, you can find refuge from the winds in Santa Rosa at Ascension Bay and the creeks on the north side of Espiritu Santo Bay. Part of Leisure Time Travel’s “Team Homosassa 96” caught an unbelievable 56 bonefish in one day fishing from Casa Blanca. Herb Koelling and his son, David, caught 54 bonefish in one day the first week of January 2001

Barracuda are one of the most underrated fish, yet the “Cuda” is one of the most exciting fish to catch on the flats. The best time for catching Cudas is in the winter months when the water is cool and the fish are in shallow water. We have seen Cuda here the size of rail road ties!

If you have been there then you know already. If you haven’t been, then go now! Just remember, Edward Johnston told you so………. Please feel free to call us with any questions you may have.

Leisure Time Travel – Your best and most knowledgeable choice for fishing the Caribbean. 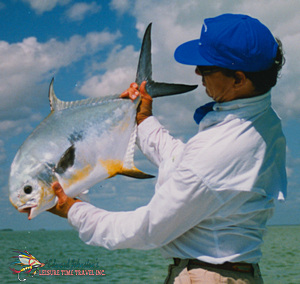 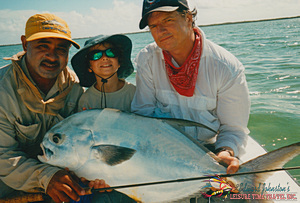 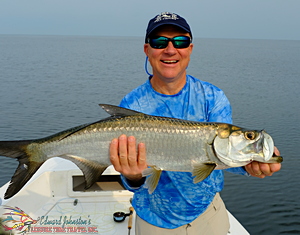 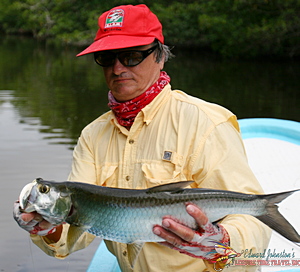 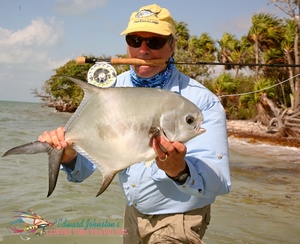 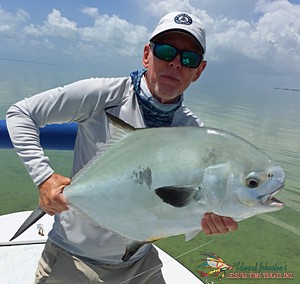 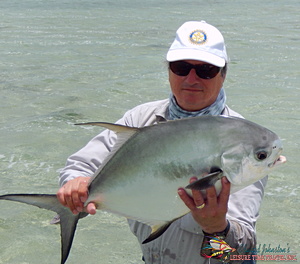