Big bones, tarpon, and plenty of permit are found when staying at the Casa Blanca Lodge Yucatan. Ascension Bay World Record Permit Fishing and serious Grand Slam territory!  This extraordinary Lodge is located on the south side of Ascension Bay at Punta Pajaros. This is on the northern tip of Isla Casa Blanca in the Mexican province of Quintana Roo. Premium space is always scarce. If you want to go there give us a call, we have visited Ascension Bay and Espiritu Santo Bay forty-one times since 1990. This is the place for Ascension Bay World Record Permit Fishing. 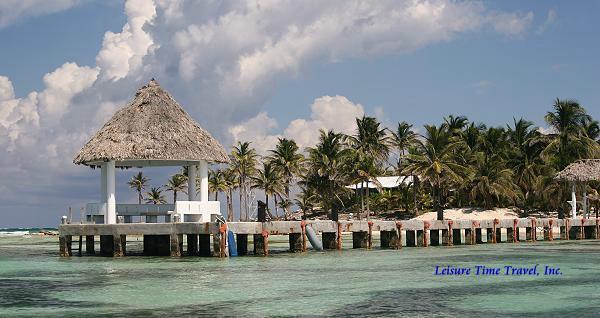 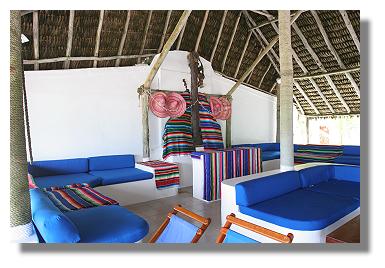 Casa Blanca Lodge Yucatan is located on the south side of Ascension Bay at Punta Pajaros, the northern tip of Isla Casa Blanca in the Mexican province of Quintana Roo. It shares its borders with Belize and Guatemala.

It is strategically located within the protective boundaries of the Sian Ka’an Reserve. This 1.3 million acre natural reserve is operated by the Mexican government and surrounds Casa Blanca from the outside world.

A short 45 minute flight from Cancun lands you at Punta Pajaros, which is within site of the lodge.

As far as fishing lodges go, Casa Blanca Lodge Yucatan is definitely first class. The seaside rooms are large and well appointed. There is an abundance of staff. The food is an excellent combination of Mexican, Mayan, and American dishes. The service is great. The water is drinkable, as it comes from a reverse osmosis system. We rate Casa Blanca Lodge Yucatan as one of the top lodges in the Caribbean.

The lodge has a fleet of new custom designed Dolphin Super Skiffs. All the boats are built for flats fishing and are rigged with poling platform, fiberglass push pole, ample rod and dry storage, and comfortable deck mounted seats. Each captain has a radio for communication. 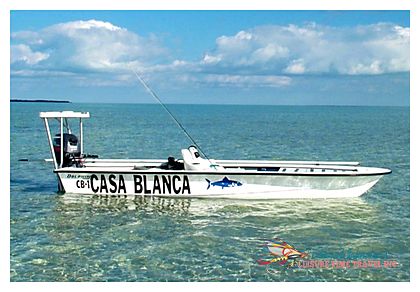 There are several major advantage of Dolphins Skiffs over Mexican built pangas. The Dolphins are quieter when poling and they are more comfortable under-way. Also, they are nicer to fish out of, and they allow you access very shallow water where the larger boats can not go. Ideal areas for Ascension Bay World Record Permit Fishing.

Casa Blanca Lodge Yucatan accesses one of the finest saltwater flats’ fisheries in the world. Ascension Bay has a rare combination of environmental ingredients which create the ideal foundations for an abundance of wildlife.

The flats of Ascension Bay are surrounded by a series of small freshwater springs and creeks which feed the brackish mangrove estuaries. These areas are used as feeding grounds for flats and reef species.

Along the coast, a complex chain of submerged islands and little cays provide the ideal habitat for a shallow-water coral ecosystem. The coral heads absorb the brunt of the pounding waves, which creates a tranquil setting in the flats, even if the outside ocean is rough.

The Casa Blanca Lodge Yucatan is ideally situated on the south side of the bay. This enables you to reach even the most remote areas of the bay and avoid the daily haul across open waters to the best fishing areas, including Tres Maris and Esperanza. There is an area called “Laguna Santa Rosa,” which is located on the south side of the bay and is a good place to fish, especially if it becomes too windy elsewhere.

Ascension Bay offers the light-tackle saltwater fisherman one of the most diverse selections of game fish in the world.

This area is without a doubt one of the best place in the for world record permit fishing in Ascension Bay. Your writer, Edward Johnston, has caught more than 100 permit on a fly to date in this area. Tarpon are caught throughout the year, but May and June are probably the best time if tarpon is your main quarry.

There are several large lakes near the lodge, which are accessed by Jon boat, and hold tarpon year round. Bonefish are numerous all the time.

Now with air-conditioning in every room!

May and June are some of the best fishing months on Ascension Bay. The wind dies down, the migratory tarpon stack up in the back of the bay, bonefish and permit are tailing on the flats. The days are long and sunny and the nights are, well, summer nights in the tropics. So, Casa Blanca has installed new, state of the art, remote controlled air-conditioners with dehumidifiers in all eleven rooms. Now, you can wake up refreshed from a good nights sleep ready to fish! 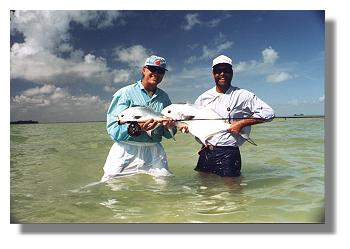 Edward Russell Johnston, of LTT, has visited this part of the Yucatan peninsula 39 times in the past thirty years. Whether you are serious angler or just looking for an enjoyable fishing itinerary, call us! There is no substitute for first-hand experience!

“Team Homosassa” is a “Leisure Time Travel” group of anglers who visit Casa Blanca Lodge Yucatan every year. Our team of anglers caught 30 permit during a fall week despite the fact that three days of fishing were hampered by strong northeast winds and a cold front. Ascension Bay World Record Permit Fishing happens here for a reason. Here is a link  to that story about the week and permit fishing at Ascension Bay.

Give us a call for a free brochure!

Leisure Time Travel: Your best and most knowledgeable choice for fishing the Caribbean. 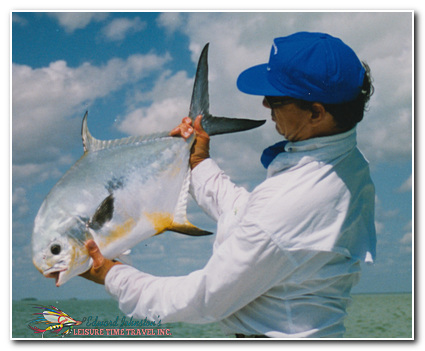 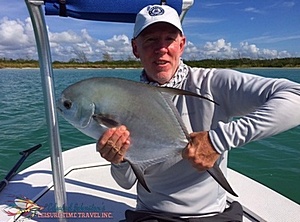 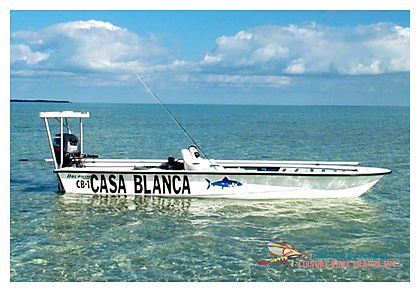 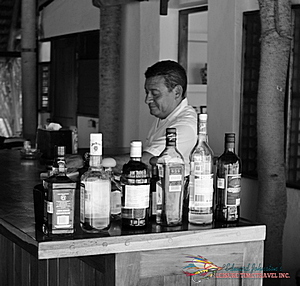 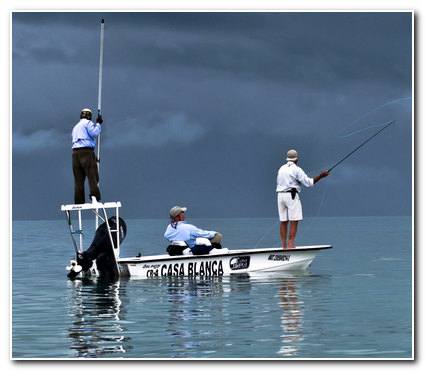 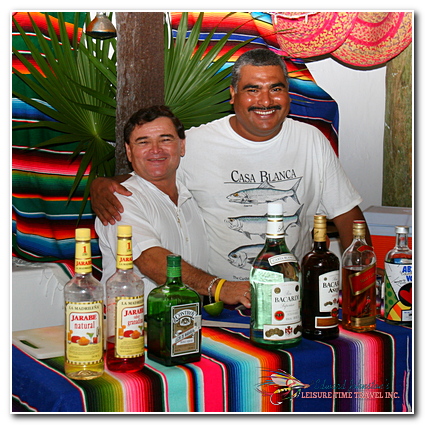 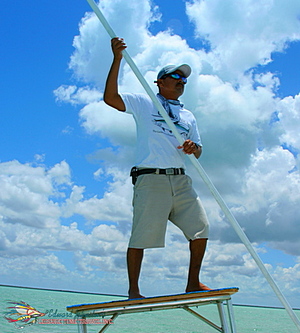 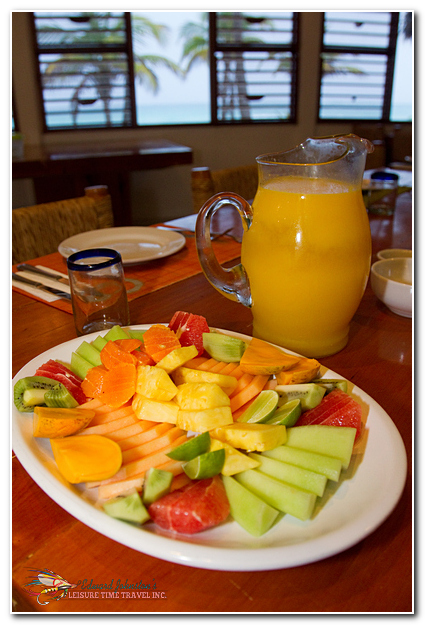 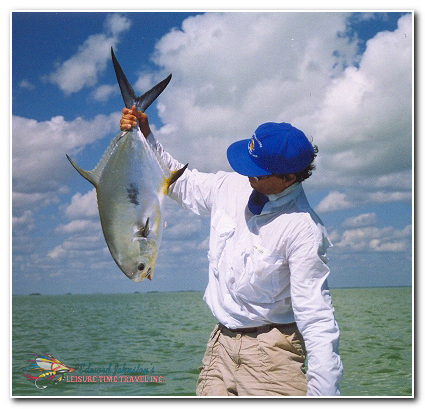 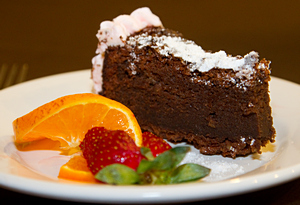 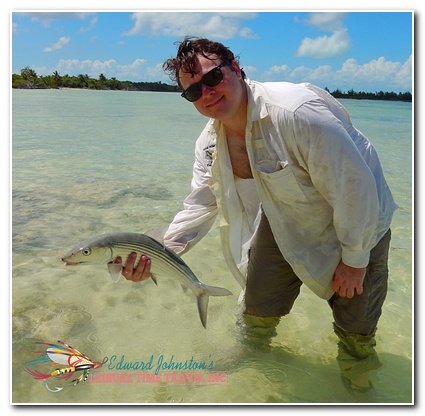